HOME > A Year of Techniques 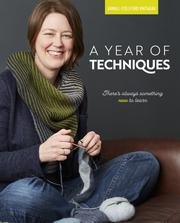 From Arnall-Culliford Knitwear
Each month, you’ll learn a new technique. But rather than a bunch of swatches and test pieces, you’ll make a cool, small project.  Techniques covered are: